Facilitating So Women Will Be Heard 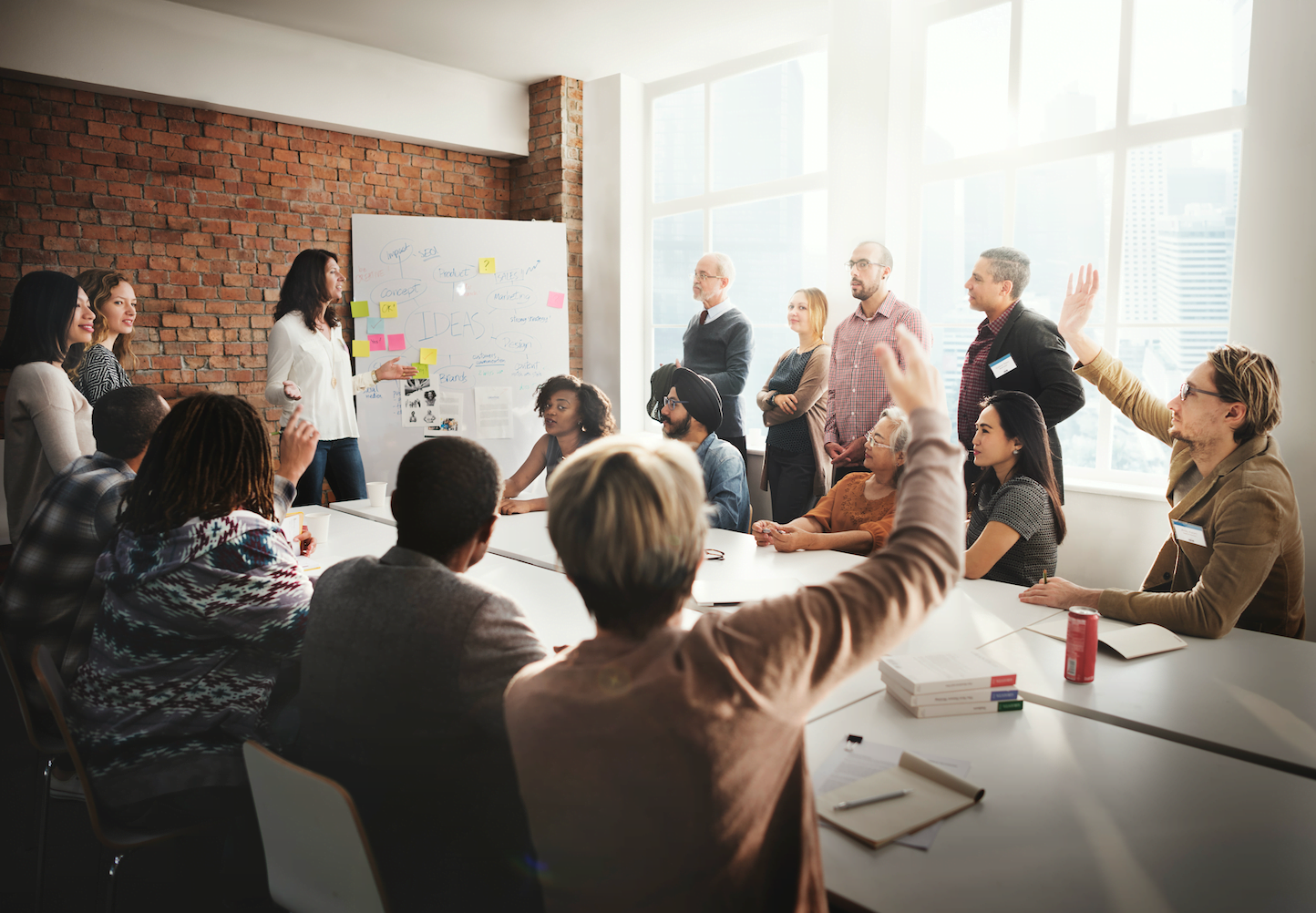 Ask any group of women about their meeting pet peeves, and you are likely to hear many examples of being interrupted, not being called on for their expertise or having their ideas explained unnecessarily, and/or their idea being repeated and claimed by a male colleague as their own.

In many mixed-gender meetings, it seems as if men only hear other men
Training Industry (Kramer and Harris, 2017)

Some women talk about all the energy they put into ensuring they don’t come across as too emotional or carefully wording their differing opinions so that they are not perceived as difficult. A quick Google search for tips on how to combat these issues, shows that women can assert themselves better by using less passive language and physically leaning in with their bodies when speaking. This tends to require more self-policing, ultimately leading to many women feeling so discouraged that they stop contributing their ideas out of sheer frustration. Valuable ideas and input are lost and could, ultimately impact overall team performance.

What is the responsibility of the facilitator to ensure they are supporting women to allow them an equitable uninterrupted voice in meetings?

Let’s use a few scenarios to suggest how good design or techniques can do just that:

Scenario 1: Greg has interrupted Hannah for the third time.

Solution: Intervene and/or implement a targeted norm
After the first interruption the facilitator needs to intervene and state: “Greg I’m going to ask you to hold on. Hannah please finish your point.” Should Greg interrupt again state: “Greg, sorry for interrupting, but it’s important that we all allow others to finish their point before giving ours. I’m going to therefore suggest we have an additional norm for us to follow, ‘allow others to finish their point before inserting ours.’ Can we all live with this?”

Scenario 2: Sara looks visibly defeated after Jorge says, “What Sara is saying is that the underlying code needs to be completely re-written”

Solution: Check-in to validate an assumption
A facilitator should always be on the lookout for faulty assumptions or incorrect paraphrasing of another speaker’s comment and ask clarifying questions. The easiest facilitated response would be: “Sara is that what you meant?” Or, “Sara, did that capture what you were thinking?” If you’re sensing that Sara’s body language is sending a negative signal to Jorge’s response you might ask: “Sara, I’m sensing that might not agree with Jorge’s statement. Tell us how you see it.” NOTE: if Jorge is a habitual ‘interpreter’ or ‘mansplainer’, it may be that he truly believes he is helping by adding clarity. You may want to have a private conversation to create some awareness of the impact he is having.

Scenario 3: Fatima presents an idea to the room and gets little to no response. Ten minutes later, Samuel brings up an idea almost identical to what Fatima presented and everyone seems very enthusiastic.

Solution: Acknowledge contributions
A facilitator can often hear alignment that participants can’t. Look for opportunities to draw attention to common themes and give recognition where it is due by saying, “Samuel, this sounds similar to what Fatima presented a few minutes ago, let’s hear a bit more from her perspective”

Scenario 4: Of the ten people in the room, only one of them is a woman, Nicole, and she’s not saying much.

Solution: Create safety for all voices in the room
There are several options for engaging Nicole:
• State: “I’d like to hear from everyone, Nicole I was wondering if you had something to add?”
• Ask: “I’d like to ensure everyone has had a chance to voice their opinion. Let’s get into pairs or triads. Please take 5 minutes to discuss possible responses. I’d like to hear at least 2 ideas per pair/triad.”
• State: “Take a minute a write down your ideas, one per post-in note please. I’m then going to collect them all and then redistribute them for amongst you all for report out.”

Though the above tips are suggested for ensuring women have an equal voice in a group discussion, these are techniques that apply to anyone who may be quiet, new to the team, of lower hierarchical status, or less willing to have their voice heard for fear of judgement. As a facilitator it our job to always determine how to engage or re-engage all participants when required. Quite often, people with the quieter voices have ideas that the more expressive or dominant individuals lack or have not thought about.

What are your issues and solutions for dealing with gender inequality or maximizing the quiet voices during your meetings?